Photo Essay: Gaza rallies for the Global March to Jerusalem 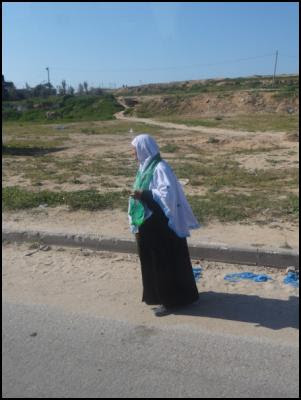 1. Looking for the way home...Palestinian Land Day in Gaza
(Photo essay continues below – Click Here)31 March 2012 - Gaza City: Over 50,000 people gathered at Beit Hanoun in the north of the Gaza Strip today for the Global March to Jerusalem.
With the exception of a hundred or so people between the back of the stage and the Erez crossing a kilometre away, the enormous crowd was peaceful and well-behaved, but determined to make their point on Palestinian Land Day.
As most listened attentively to the speeches, standing in the crowd or sitting on the sidelines, a few beat drums, set tyres alight, and made occasional attempts to burst through the line of security.

The security forces were extremely restrained despite frequent provocation, using only as much force as was necessary to encourage the mostly young male protagonists to retreat – which was often more the threat of force, rather than its actual application. Merely raising a baton in the air, or riding a horse towards those trying to break through, was usually sufficient to encourage them to back off, although a few came to blows. On the whole, trouble-makers were quickly identified and removed, under the intense scrutiny of the media.
Despite the good behaviour of the majority of the GMJ marchers, some protestors did make it through to the Erez crossing, where some removed part of a metal fence near the wall, according to an activist’s twitter report, and were fired upon by Israeli soldiers.
Overall in Gaza, Mahmoud Zakot, 20, was killed by Israeli fire near Erez and 31 others were injured, with six hospitalised in Khan Younis. Palestinian official medical spokesperson Adham Abu Salmiya said this evening that three of those injured are in a critical condition.
With few exceptions, the Global March to Jerusalem was a resounding success in Gaza, making its point peacefully, and pointedly. 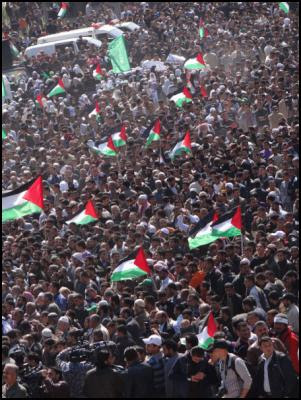 2. At least 50,000 at Beit Hanoun stretched for over a kilometre 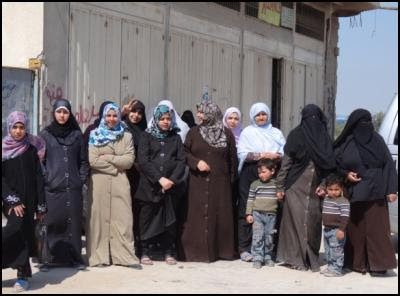 3. While some watched from the sidelines 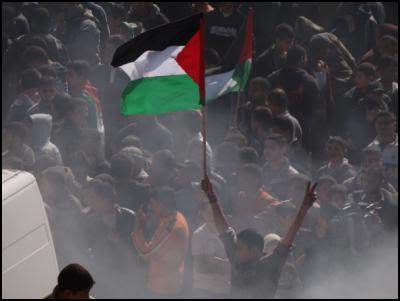 4. others were in the thick of it. 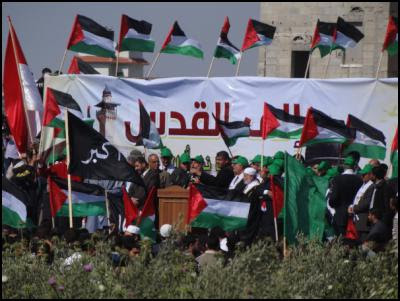 5. Most listened peacefully to the speeches 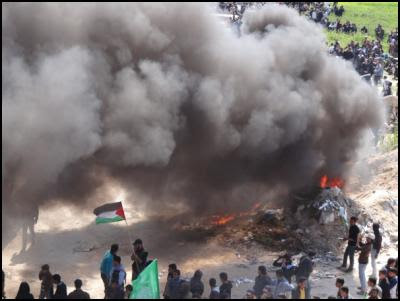 6. while a small minority set fires. 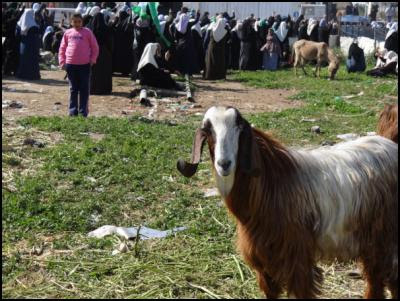 7. A bemused goat watched the action 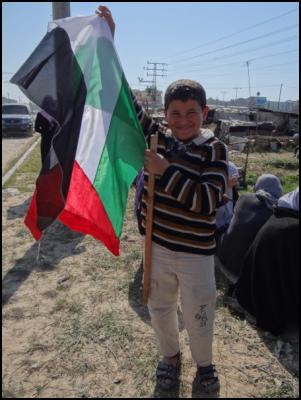 8. while Action Boy waved the flag. 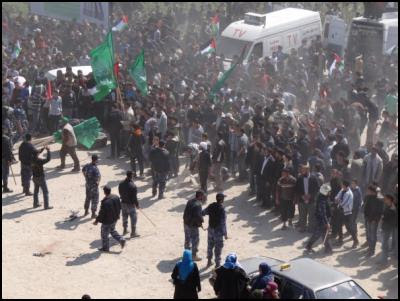 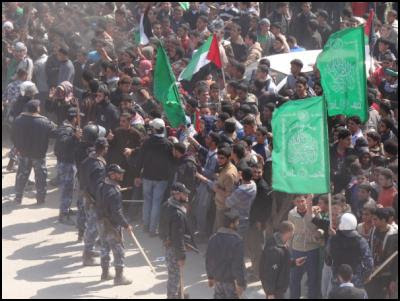 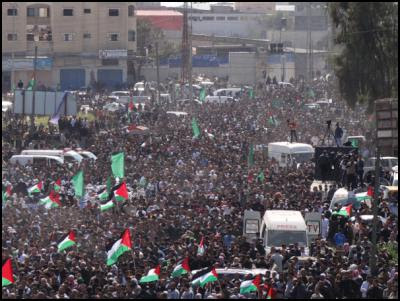 11. Whatever their differences, the message was the same 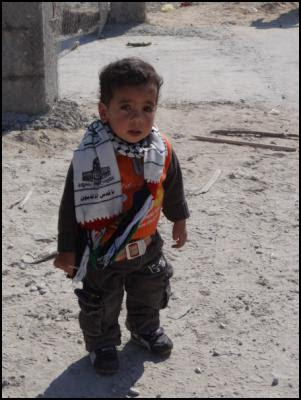 **************
Julie Webb-Pullman (click to view previous articles) is a New Zealand based freelance writer who has reported for Scoop since 2003. She has been reporting from Gaza for most of the past year and is one of a handful of Western journalists located in the besieged Palestinian city.
Photo Essay: Gaza rallies for the Global March to Jerusalem |
Posted by Fotograf Abigail at 3:02 PM